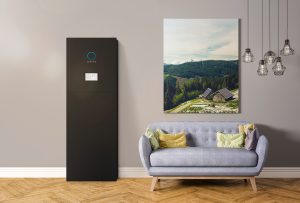 sonnen To Build Innovative Residential Energy Storage Community in the US

Soon 3,000 homes in Prescott, Arizona will produce, store, and share their own power in sonnen’s newest US project with Mandalay Homes.

Each home in the new community will have solar PV and a sonnenBatterie installed, enabling every household to produce and consume most of its own electricity, according to sonnen.

The energy storage systems will be interconnected and able to communicate with each other using the same technology that is already used for power sharing in the German “sonnenCommunity.”

Together the homes will serve as a virtual power plant with a capacity of 23 MWh and output of 11.6 MW. The batteries can store energy during peak production times and then feed it back into the grid later when consumption is very high. In addition, the sonnen-City will also be able to contribute to the public power grid.

“This is the city of the future, a place where all residents produce, store and share their own energy,” said Philipp Schröder, Managing Director of Sales and Marketing at sonnen.

The sonnenBatteries is also able to interact with a smart home controller to store solar power as well as distribute it to each home’s air conditioning systems, lighting, and other power consumers such as pool pumps, according to the company.