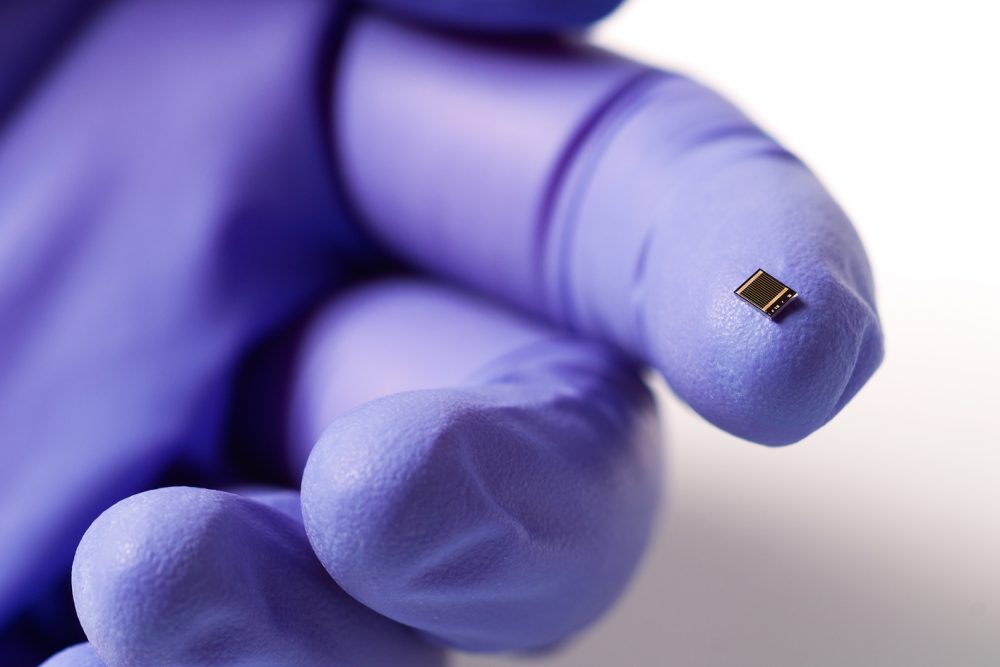 The Fraunhofer Institute for Solar Energy Systems ISE, Soitec, CEA-Leti and the Helmholtz Center Berlin jointly announced today having achieved a new world record for the conversion of sunlight into electricity using a new solar cell structure with four solar subcells. Surpassing competition after only over three years of research, and entering the roadmap at world class level, a new record efficiency of 44.7% was measured at a concentration of 297 suns. This indicates that 44.7% of the solar spectrum’s energy, from ultraviolet through to the infrared, is converted into electrical energy. This is a major step towards reducing further the costs of solar electricity and continues to pave the way to the 50% efficiency roadmap. World record solar cell with 44.7% efficiency, made up of four solar subcells based on III-V compound semiconductors for use in concentrator photovoltaics.

Back in May 2013, the German-French team of Fraunhofer ISE, Soitec, CEA-Leti and the Helmholtz Center Berlin had already announced a solar cell with 43.6% efficiency. Building on this result, further intensive research work and optimization steps led to the present efficiency of 44.7%.

These solar cells are used in concentrator photovoltaics (CPV), a technology which achieves more than twice the efficiency of conventional PV power plants in sun-rich locations. The terrestrial use of so-called III-V multi-junction solar cells, which originally came from space technology, has prevailed to realize highest efficiencies for the conversion of sunlight to electricity. In this multi-junction solar cell, several cells made out of different III-V semiconductor materials are stacked on top of each other. The single subcells absorb different wavelength ranges of the solar spectrum. IV-characteristic for the current best four-junction solar cell under AM1.5d ASTM G173-03 spectrum at a concentration of 297 suns. The measurements were carried out at the Fraunhofer ISE CalLab.

“We are incredibly proud of our team which has been working now for three years on this four-junction solar cell,” says Frank Dimroth, Department Head and Project Leader in charge of this development work at Fraunhofer ISE. “This four-junction solar cell contains our collected expertise in this area over many years. Besides improved materials and optimization of the structure, a new procedure called wafer bonding plays a central role. With this technology, we are able to connect two semiconductor crystals, which otherwise cannot be grown on top of each other with high crystal quality. In this way we can produce the optimal semiconductor combination to create the highest efficiency solar cells.” External Quantum Efficiency of the four-junction solar cell. The measurement was performed at the Fraunhofer ISE CalLab.

Soitec bonding techniques and expertise,” says André-Jacques Auberton-Hervé, Soitec’s Chairman and CEO. “It confirms the acceleration of the roadmap towards higher efficiencies which represents a key contributor to competitiveness of our own CPV systems. We are very proud of this achievement, a demonstration of a very successful collaboration.”

“This new record value reinforces the credibility of the direct semiconductor bonding approaches that is developed in the frame of our collaboration with Soitec and Fraunhofer ISE. We are very proud of this new result, confirming the broad path that exists in solar technologies for advanced III-V semiconductor processing,” said Leti CEO Laurent Malier.

Concentrator modules are produced by Soitec (started in 2005 under the name Concentrix Solar, a spin-off of Fraunhofer ISE). This particularly efficient technology is employed in solar power plants located in sun-rich regions with a high percentage of direct radiation. Presently Soitec has CPV installations in 18 different countries including Italy, France, South Africa and California.