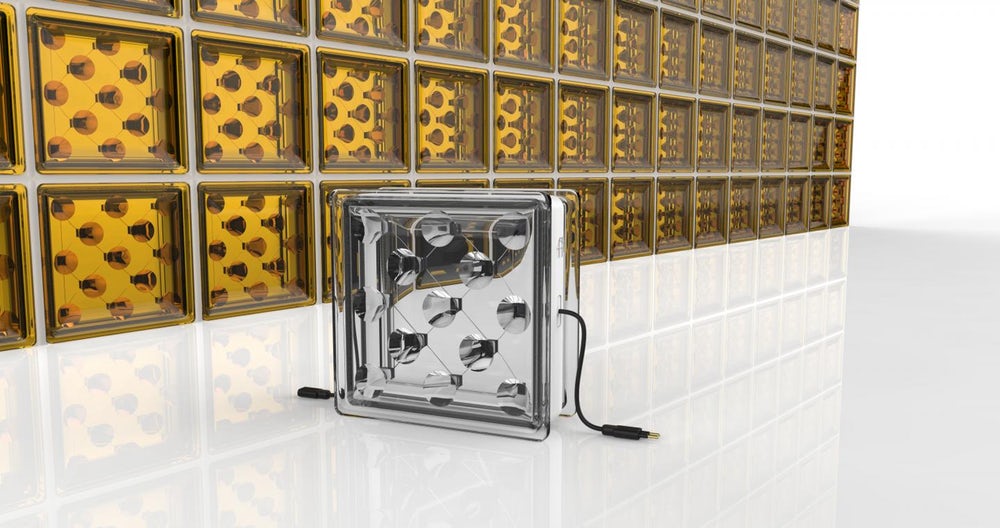 A clean energy solution for buildings

Buildings have a lot of surface area that’s exposed to sunlight, so why just stop at rooftop solar panels? We’ve already seen solar energy-harvesting windows, and of course Tesla’s solar roof. Thanks to research being carried out at the University of Exeter, we may soon also have the option of replacing opaque exterior walls with solar glass blocks.

Known as Solar Squared, the transparent blocks contain multiple optical elements that each focus incoming sunlight onto an individual solar cell. All of the cells within each block are linked together, and the blocks themselves can in turn be wired to one another, ultimately feeding into the building’s electrical grid or a battery. Although much of the sunlight passes right through the blocks to illuminate the building’s interior, tinting can be added on their inside surface to keep rooms from overheating. As a side benefit, they’re claimed to offer better thermal insulation than traditional glass blocks.

The technology is being developed by spinoff company Build Solar, which is currently looking for partners to help carry out commercial testing. It is hoped that a finished product will be available by sometime next year. There’s currently no word on cost or efficiency.