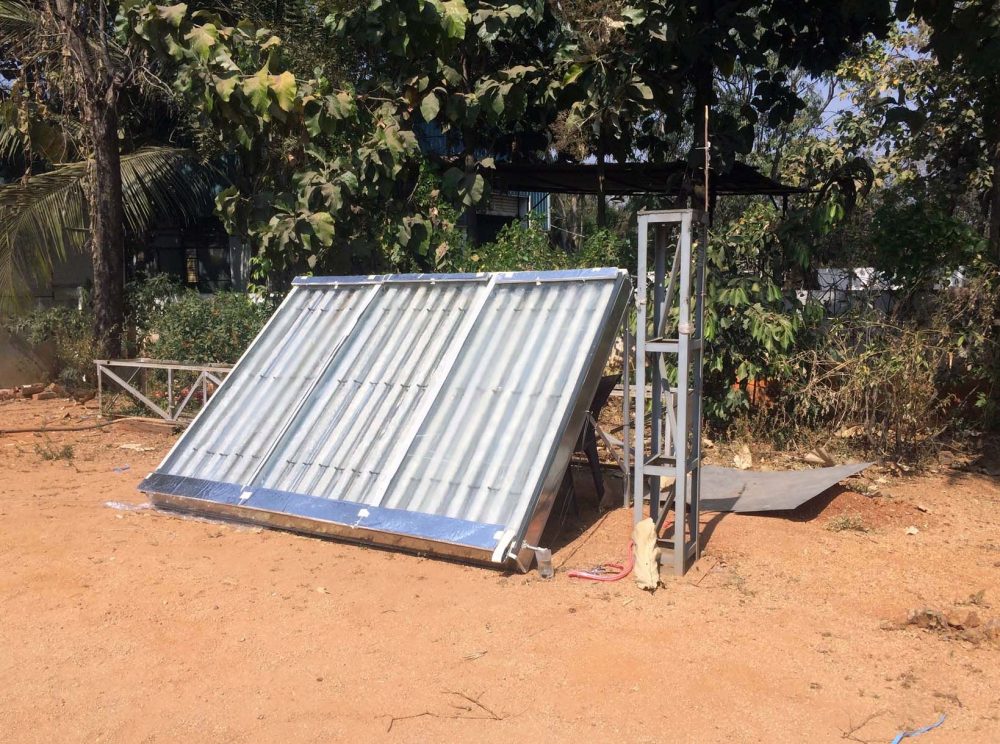 Uravu is on a mission to generate water out of thin air.

If things go according to the Hyderabad-based startup’s plan, its technology to convert atmospheric moisture into usable—even potable—water will be available for household use in around two years from now.

The technology itself is not new. Even today, water is being generated by cooling the air and condensing the water vapour in it. This is being used for irrigation or industrial purposes.

However, this system is cumbersome in its existing form for residential use.

“You need high humidity and energy consumption (involved) is high. There are a lot of moving parts. What we wanted to do was have a simple modular device,” said Swapnil Shrivastav, who co-founded Uravu in 2017 with five others. His firm’s innovation is cheaper than the existing refrigeration-based systems, primarily because there’s no need for electricity.

Uravu uses a proprietary water-absorbing material that sucks vapour from the air and uses solar thermal energy to convert it into water. “There’s no need of any electricity or moving parts. It is just a passive device that you can leave on your rooftop and it will generate water. The process starts at night, and by evening next day you’ll have water,” Shrivastav, an alumnus of the National Institute of Technology Calicut, explained.

Uravu is a Malayalam word that translates to source and is often to used to refer to freshwater springs.

Aptly, the startup’s fundamental idea is built around the fact that the atmosphere is water-laden. “So that got us thinking why this resource isn’t being utilised,” Shrivastav said. “It (water vapour in the air) also doesn’t limit itself to desalination which happens only in the coast. Or rainfall which doesn’t happen everywhere.”

His team then bootstrapped Uravu in 2017 and launched the project, first designing a refrigeration-based model so they could figure out its pros and cons. Then, they went out and spoke to potential customers about their needs. The current system is built with only a couple of components: The proprietary hygroscopic (related to atmospheric moisture) material that absorbs and stores water vapour from the air and a solar collector—similar to solar water heaters—that rapidly heats the vapour, which then gets converted into water once it cools.

The apparatus absorbs water vapour overnight and the hygroscopic material is heated after sunrise, leading to the production of water.

The water can then be piped directly to homes for use, Shrivastav said. Users can also attach a mineral cartridge to the device to make it fit for drinking.

Besides its lower cost, what makes Uravu’s system ideal for domestic use is its solar collector, which it calls “aqua panels”—designed to collect a lot of heat in a small area.

Its prototype produces around 50 litres of water a day, which the team is working to raise to 2,000 litres a day. The team expects to complete this by June this year, in part because it is competing for an award by the XPRIZE, a global non-profit that holds competitions among innovators who have solutions to common world problems.

Moving beyond the drawing board

However, for Uravu’s prototype to be commercialised and put on Indian roofs, it must cross a few hurdles.

For starters, the team, which has received some funding from an NIT Calicut alumnus, needs to work out the economies of scale.

“(Another challenge) is just assuring the market that the quality of water you produce is very good…creating comfort in the minds of the buyer,” said Rohit Vedhara, founder of Singapore-based advisory and consulting firm Aum Energy and Uravu’s advisor.

The team is currently trying to enhance their device’s efficiency and see that it costs between Re1 and Rs1.2 to generate a litre of water. The large 20 litre water cans that many households today use cost anywhere between Rs40 and Rs80. If Uravu can crack the Rs1.2-a-litre model, the economics will work for commercialisation.

“Initially we’ll be working with governments and strategic partners, and we want to reach places where there is water scarcity, such as parts of Rajasthan and Andhra Pradesh, and rural areas,” Shrivastav said. “We will be trying to start with a household device and aim at community-level projects.”